Do I Need Hearing Aids After This Long? 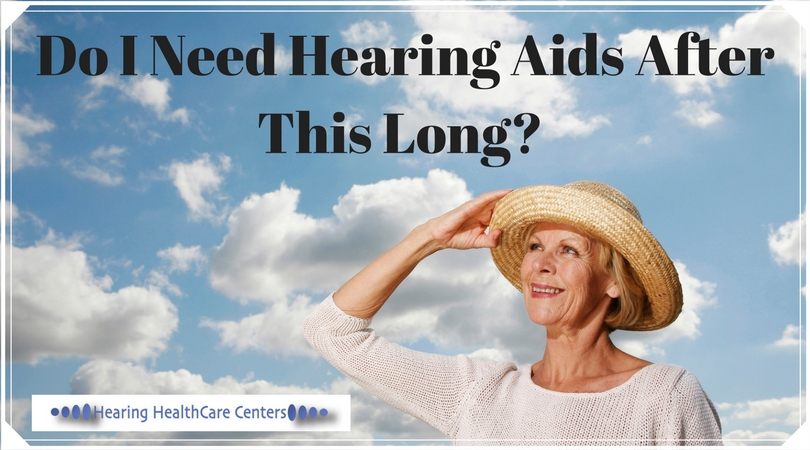 I’ve waited so long….  why bother with it at this point?

I met a new patient this week who had her hearing tested over a decade ago. It was then when she was told she would need hearing aids. She states she tried them for one week, hated them, returned them, and hasn’t addressed her hearing loss since.  As we are chatting about her experiences with how her hearing loss affects her life, it was obvious that she has an incredibly difficult time following the conversation. It becomes clear that she really doesn’t want to be at this appointment.  She was here at the request of her son, who brought her. He felt it was time because it was obvious to him that she was to need hearing aids.

Her son states they are in the process of moving her into their house. They want to help care for her, but they have such difficulty communicating with her.  The television is almost impossible to enjoy together because she requires such a high volume to hear it. Despite that she till struggles to understand the program.  Furthermore, when they attend doctor’s appointments, she misses most of the conversation. In turn doesn’t fully understand any of her medical conditions.  Her untreated hearing loss is affecting the entire family, causing increased stress in an already stressful situation.

After discussing her diagnosis of a moderate-severe hearing loss in both ears, she reluctantly agrees to give hearing aids another try. I put in some new hearing aids and her face instantly lit up. It was then that she hears her son’s voice clearly for the first time in many years.  As he asks her a question, she responds appropriately. He turned to me and said, “that’s new”!

With tears in her eyes, my patient confesses that she has felt isolated for years.  She has been living alone and has chosen not to go out for social or family events because she couldn’t hear anything anyway. She has felt so lonely for so long.  She admits, “I thought it was too late for me”.

Don’t Miss Out On Life

I’ll be honest.  I was worried that it was too late for her.  When she walked in the door, she was so withdrawn and seemingly uninterested. I had my doubts.  It’s hard to convince someone to let you help them when they don’t want the help. When they appear to have given up. I’m thankful for many things about this appointment. Thankful her son cared enough to insist she get help.  That she was willing to try again, even if it was just to please her son. Thankful I had the privilege of watching her come alive due to the cool technology we have in hearing aids these days.  But I’m especially thankful for the reminder:  It’s not too late!  Do you have a hearing loss that you’ve been putting off treating for years?  Chance are hearing aids can bring you back to life too.  Seems like it’s worth the try!