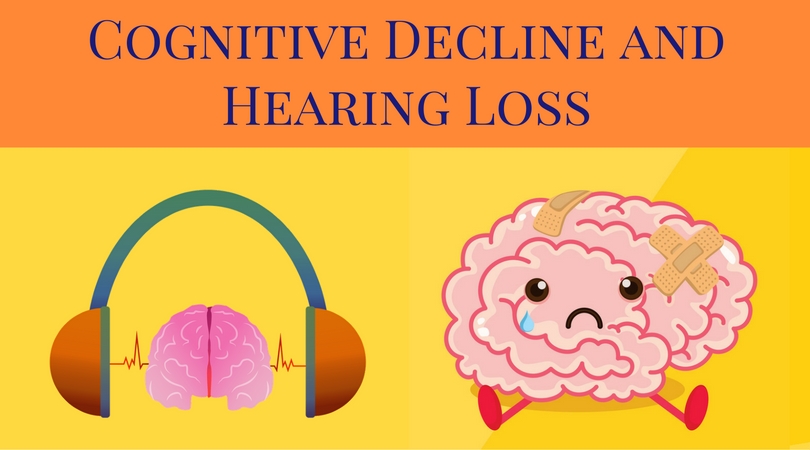 If any one of the five senses is deprived, it’s guaranteed to have an impact on a person’s life. This is the basis why many people would expect negative cognitive side effects from a hearing loss. However, many patients still feel that because they have “some” or “enough” hearing, they’re immune to these side effects. In this blog post, let’s talk more about the relationship between cognitive decline and hearing loss.

Do you think your brain function is affected by your hearing loss?

Your Brain On Hearing

Recent research findings indicated that even patients with mild hearing loss are subject to detrimental effects on the brain and cognition. Brain mass shrinkage is one noted effect, occurring in areas of the brain where sounds and memory are processed.

Another study found that those with a hearing loss are two to five times more likely to develop dementia. Those people had greater loss correlating to a higher level of risk. In addition, those people were more apt to develop these symptoms 3.2 years sooner than those with normal hearing.

It was also found that a hearing loss is known to affect one’s thinking abilities by increasing cognitive load. This is comparable to an overloaded computer that attempting to process multiple programs and inevitably running slower. Findings show the slowing is significant with a 30-40% greater decline in overall thinking abilities in people with hearing loss.

What can you do?

While there is no formula to detect a person’s specific risk level, the risks are well documented. Consider the benefits amplification can have for those exerting a lot of effort to communicate in their daily lives. Hearing is supposed to be easy. Hearing isn’t supposed to require work!

If you are concerned that you or someone you know is struggling to hear, schedule a baseline hearing exam. The exam might determine that amplification is not needed. But there are proven communication strategies and techniques we can help you implement to reduce the frustrations in daily communication.